Yesterday I dropped “Definitely,” the first of many songs that I produced and features the lyrical talents of  myself and Cali-rapper Joe Kleanest [to be released on both of our upcoming projects]. Joe Kleanest and I initially met while undergraduate students at Cornell but it wasn’t until after I had graduated and moved to Houston in 2008 that we collaborated for the first time, when he used my production for the track [Do It Big] off his mixtape [Ontologik Homage]. Since that time I also provided production for the tracks [Don’t Think a Thing Wrong] and [Ima See] both off his latest mixtape [Haze Break].

Upon my return to Ithaca in November 2010, I eventually moved out of my role as solely a producer and began rapping alongisde Kleanest, who was also in Ithaca. We made “Definitely” one night after he had answered a question of mine with an emphatic [definitely!] while a piece of my production was playing in the backdrop. After a brief free-styling session based around the word “definitely,” we took out our pens/blackberries, wrote for 20 minutes, recorded and the rest is history: 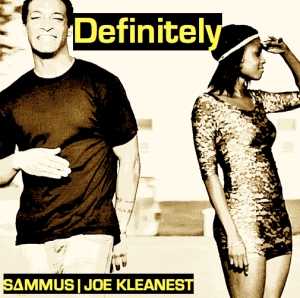