You may remember a few months back, I performed in Brooklyn as the final stop on my “Shortest Tour Ever” Tour. Well, the dude who set up that show, Uncommon NASA, is coming to Ithaca to perform thanks to Ithaca Underground + Helen Stride and guess who’s closing out the set? That’s right, on Thursday November 7th, I will be joining Ithaca’s own Ernest Verb, as well as Pruven, Sarcasmo, Googie, and Uncommon himself at the Just Be Cause Center [1013 West State Street]. The show starts at 8 and damage is going to be $5. RSVP HERE on Facebook and I better see you there! 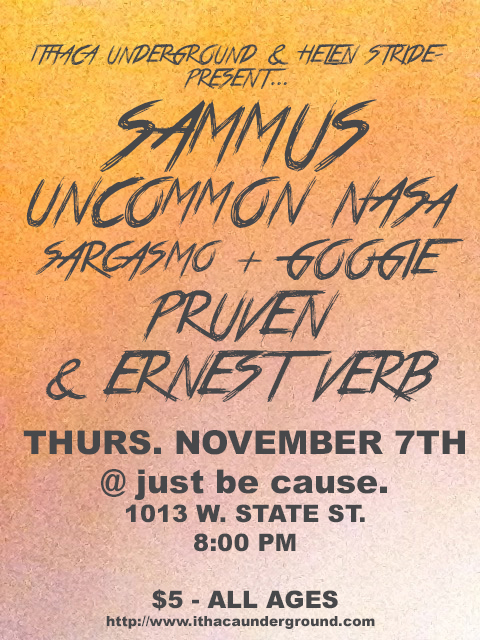