I often send out tweets and forget about them, until somebody replies. This morning I woke up to an interesting tweet. At the beginning of the week I hit up the Bandcamp staff on twitter and asked them to feature my album. I didn’t think it would actually happen but this morning I saw a tweet from @bandcampstaff that said the following:

“Never afraid of snow levels, @sammusmusic is a perfect combination of smart and smooth. -Michael”

So immediately I hustled my behind over to the Bandcamp main page and what did I see? My face plastered on the right side of the screen! M’other Brain was featured today as a staff pick by Bandcamp as you can see from the screenshot below: 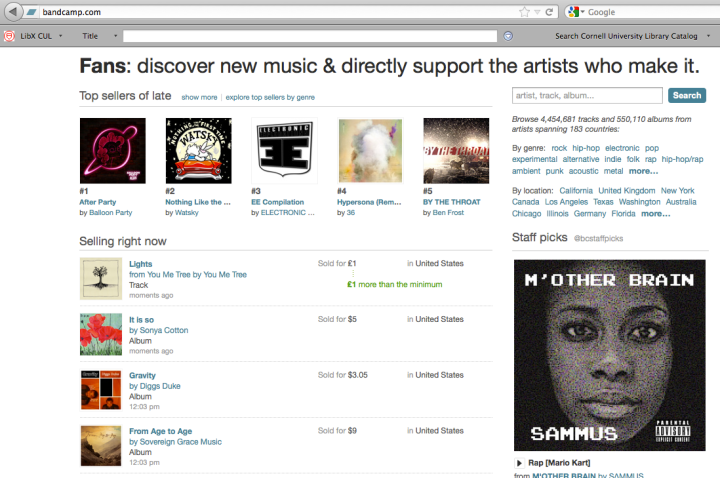 If you want to purchase my album, never fear it’s still available! You can find it on Bandcamp for $5 or however much you’d like to donate! I certainly won’t turn down a $20 or $25 donation (which I’ve received from some kindhearted people). Blast off!